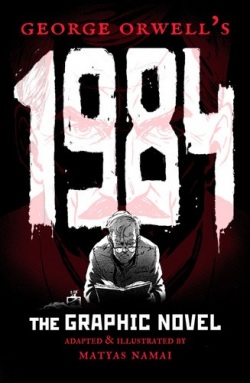 One of the most famous works of literature in the world, 1984 is a landmark of dystopian science fiction. It is an indictment of the communist dictatorship of Big Brother that controlled everything in 1984. The readers immerse themselves in the life of the honest, sensitive and thoughtful Winston Smith, who decides to defy the system, for which he pays a severe price. Written in 1948, Orwell predicted today's reality. Matyáš Namai: Matyáš Namai studied graphic design at the High School of Advertising in Prague. He now works as a freelance artist and is mainly invovled in illustrations, comics and occasional storyboards.