The Ghettos of Nazi-Occupied Poland : Rare Photographs from Wartime Archives 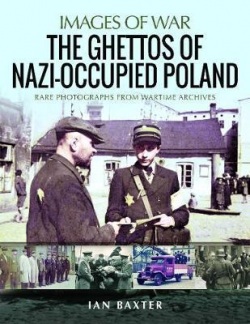 The Ghettos of Nazi-Occupied Poland : Rare Photographs from Wartime Archives

Following the 1940 invasion of Poland, the Nazis established ghettos in cities and towns across the country with the initial aim of segregating and isolating the Jewish community. These closed sectors were referred to as Judischer Wohnbezirk or Wohngebiet der Juden (Jewish Quarters).

Using contemporary images this well researched and inevitably harrowing book shows the harsh and deteriorating conditions of daily life in these restricted areas. In reality the ghettos were holding areas prior to the transportation to concentration, extermination and work camps, such as Auschwitz-Birkenau and Belzec. Aware of their imminent fate including the threat of family separation, enslavement and death, underground resistance groups sprung up and promoted numerous uprisings which were brutally and callously suppressed.

The Nazis' ultimate aim was the liquidation of the ghettos and the extermination of their inhabitants in furtherance of The Final Solution. This may seem unthinkable today but, as this book graphically reveals, they worked to achieve their objective regardless of human suffering.