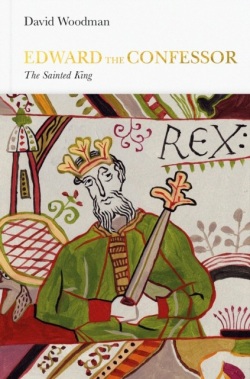 Edward the Confessor, the last great king of Anglo-Saxon England, canonized nearly 100 years after his death, is in part a figure of myths created in the late middle ages. In this revealing portrait of England's royal saint, David Woodman traces the course of Edward's twenty-four-year-long reign through the lens of contemporary sources, from the Anglo-Saxon Chronicle and the Vita AEdwardi Regis to the Bayeux Tapestry, to separate myth from history and uncover the complex politics of his life. He shows Edward to be a shrewd politician who, having endured a long period of exile from England in his youth, ascended the throne in 1042 and came to control a highly sophisticated and powerful administration.The twists and turns of Edward's reign are generally seen as a prelude to the Norman Conquest in 1066. Woodman explains clearly how events unfolded and personalities interacted but, unlike many, he shows a capable and impressive king at the centre of them.