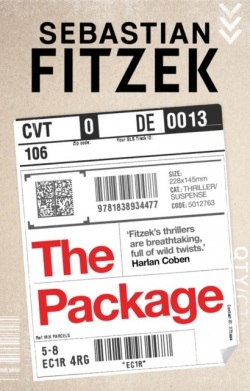 All you've done is taken in a parcel for a neighbour. You have no idea what you've let into your home. Emma's the one that got away.The only survivor of a killer known in the tabloids as 'the barber' - because of the trophies he takes from his victims.Or she thinks she was.The police aren't convinced.Nor is her husband. She never even saw her tormentor properly, but now she recognises him in every man.Questioning her sanity, she gives up her job as a doctor in the local hospital and retreats from the world.It is better to stay at home. Quiet. Anonymous.Safe. He won't find her here.And all she did was take a parcel for a neighbour.She has no idea what she's let into her home.