Sandman The Deluxe Edition Book One 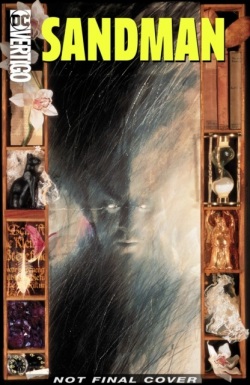 Sandman The Deluxe Edition Book One

One of the most popular and critically acclaimed graphic novels of all time, Neil Gaiman's award-winning masterpiece The Sandman, is finally being collected for the first time in deluxe hardcover format. Illustrated by an exemplary selection of the medium's most gifted artists, the series is a rich blend of modern and ancient mythology in which contemporary fiction, historical drama, and legend are seamlessly interwoven. This first book collecting Neil Gaiman's genre-defining series about the Dream King in a new deluxe edition series featuring an oversize hardcover format and bonus content. Collects the first two paperback volumes of the critically acclaimed series Sandman, issues 1-16, and Sandman Mystery Theater 1.