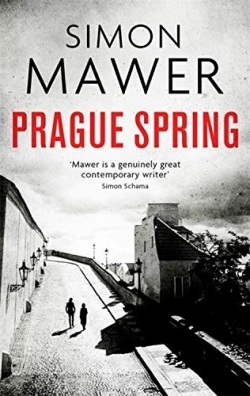 It's the summer of 1968, the year of love and hate, of Prague Spring and Cold War winter. Two English students, Ellie and James, set off to hitch-hike across Europe with no particular aim in mind but a continent, and themselves, to discover. Somewhere in southern Germany they decide, on a whim, to visit Czechoslovakia where Alexander Dubcek's 'socialism with a human face' is smiling on the world.Meanwhile Sam Wareham, a first secretary at the British embassy in Prague, is observing developments in the country with a mixture of diplomatic cynicism and a young man's passion. In the company of Czech student Lenka Konecková, he finds a way into the world of Czechoslovak youth, its hopes and its ideas. It seems that, for the first time, nothing is off limits behind the Iron Curtain.Yet the wheels of politics are grinding in the background. The Soviet leader, Leonid Brezhnev is making demands of Dubcek and the Red Army is massed on the borders. How will the looming disaster affect those fragile lives caught up in the invasion?