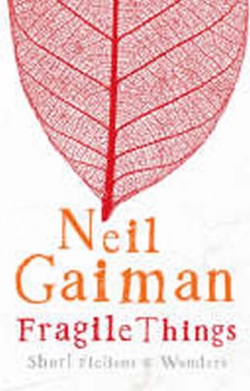 Neil Gaiman's extraordinary Fragile Things, from the bestselling author of The Ocean at the End of the Lane and American Gods, reveals one of the world's most gifted storytellers at the height of his powers, and harnesses the Gothic power of Angela Carter's The Bloody Chamber to the storytelling genius of Stephen King. 'The collections also boasts lush prose ...and a winning faith in the enchantment of stories' Kirkus Reviews The distinctive genius of Neil Gaiman has been championed by writers as diverse as Norman Mailer and Stephen King. With THE SANDMAN Neil Gaiman created one of the most sophisticated, intelligent and influential graphic novel series of our time. Now Gaiman has produced FRAGILE THINGS, his second collection of short fiction. These stories will dazzle your senses, haunt your imagination and move you to the very depths of your soul.