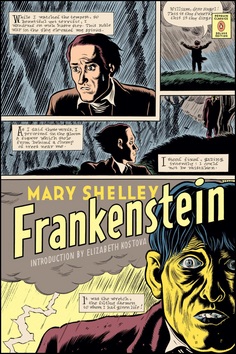 A deluxe edition of Mary Shelley's haunting adventure about ambition and modernity run amok Now a Penguin Classics Deluxe Edition with an introduction by Elizabeth Kostova and cover art by Ghost World creator Daniel Clowes, Mary Shelley's timeless gothic novel presents the epic battle between man and monster at its greatest literary pitch. In trying to create life, the young student Victor Frankenstein unleashes forces beyond his control, setting into motion a long and tragic chain of events that brings Victor to the very brink of madness. How he tries to destroy his creation, as it destroys everything Victor loves, is a powerful story of love, friendship, scientific hubris, and horror.