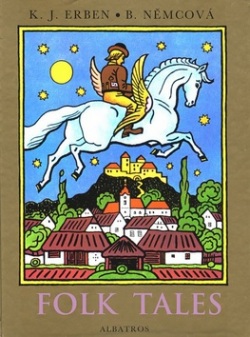 The most beautiful Czech classic fairy tales, such as “Princess Goldie”, “Cook, Mug, Cook!”, “Mr. Long, Mr. Broad and Mr. Sharpeye”, “The Gingerbread House” or “The Seven Ravens”. Josef Lada (1887 – 1957) was Czech painter, author, illustrator and dramatist. He was born in a small village of Hrusice in a cobbler's family. Entirely self-taught, he created his own style as a caricaturist for newspapers, and later as an illustrator. Lada created some 15 000 drawings and over 400 painting, he illustrated 120 books, designed the set for 9 plays, created 20 posters and 6 animated films, the author of dozen books. He is best known as the illustrator of Jaroslav Hašek's World War One novel The Good Soldier Švejk. Lada won the Deutscher Jugendliteraturpreis in 1963. The asteroid 17625 Joseflada has been named after him. Pablo Picasso said of Lada’s work: “This man works with form just as freely as I do”.