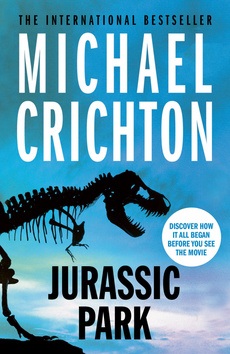 Before seeing Jurassic World film this June read the original, multimillion copy No. 1 bestselling thriller that inspired the first major motion picture Jurassic Park. On a remote jungle island, genetic engineers have created a dinosaur game park. An astonishing technique for recovering and cloning dinosaur DNA has been discovered. Now one of mankind's most thrilling fantasies has come true and the first dinosaurs that the Earth has seen in the time of man emerge. But, as always, there is a dark side to the fantasy and after a catastrophe destroys the park's defence systems, the scientists and tourists are left fighting for survival... With this masterful cross of science fiction and action-adventure, Michael Crichton created one of the biggest bestsellers of all time, turned by Steven Spielberg into the highest grossing blockbuster ever in 1993.